On the «GENIUS LOCI»

It was a special event. More and more people were entering the lecture room, and we hardly knew where to place more chairs - people from Switzerland, Germany, the United States, Canada, China, Japan. They had all gathered in order to honor the friendship of two outstanding men, the friendship between C.G. Jung and Richard Wilhelm. This is how the Club Night began, on which Bettina Wilhelm showed the film that she had made about her famous grandfather. Ninety minutes later it was completely silent in the lecture room. The film was presented at the very same place where C.G. Jung lectured for so many years and where he, whenever possible, attended every lecture, “even though he was so overworked and sometimes swore terribly if he had to go to the Club,” as Marie-Louise von Franz recounted in her talk about the Psychology Club. 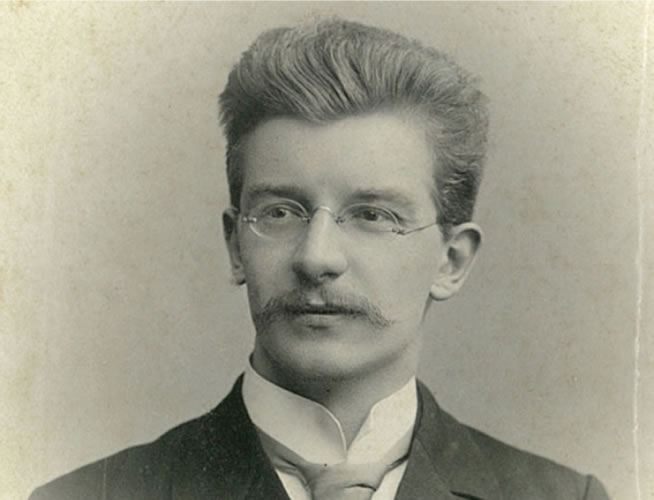 Some weeks later, it was again a film, and again someone who talked about his grandfather. This time it was Dieter Baumann (1927-2020), who after seeing the film Face to Face with C.G. Jung, shared his memories of his grandfather C.G. Jung with us. Actually, we had planned that he would interrupt the film and spontaneously comment on this or that. But nothing happened. After twenty minutes or so when he still had not interrupted the film, I went over to him and asked whether he didn’t want to say something about it. “No,” he said, “the film says everything!” Despite the fact that he must have seen this film countless times before, he was so moved by it that he didn’t make any comments. Afterward, however, he started to talk so lively about his grandfather that it seemed Jung himself was visiting the Club which he had once founded!

Both events illustrate the fascinating energy the rooms of the Psychology Club still have. It is a rare and precious privilege to host such events in the newly renovated Clubhouse. It is the place where Richard Wilhelm for the first time gave a talk in the West about the profound wisdom of the East – and the place, too, where C.G. Jung presented his new works to the Club members for the first time, because he wanted to see how his ideas were received. I often get the impression that people from abroad have a better feeling for the genius loci of the Clubhouse than the Club members who can participate in all Club events throughout the year.

One of the main interests of the Psychology Club is to serve the development of Jungian psychology in the future by listening as carefully as possible to the objective psyche, i.e., to the inner voice of the unconscious. More and more, I, for myself, love Jung’s image of the rhizome which he mentions at the very beginning of his Memories, Dreams, Reflections. Life, he said, is “like a plant that lives on its rhizome. The part that appears above ground lasts only a single summer. Then it withers away – an ephemeral apparition. Its true life is invisible, hidden in the rhizome. Our life is short, it lasts seventy, eighty, maybe even ninety years. But then it necessarily returns to the eternal flux of growth and decay.” Lucky is he who can say, as C.G. Jung did, “Yet I have never lost the sense of something that lives and endures underneath the eternal flux. What we see is the blossom, which passes. The rhizome remains.”1 May the Club events be connected with the true life that is hidden in the rhizome and thus serve the creative spirit of the unconscious!