Toni Wolff was Club president from 1928 to 1945. Even after C.A. Meier took over the presidency from her, she remained on the board. In 1952 Toni was elected by the Club members as the honorary president of the Club.

Besides Emma Jung and Marie-Louise von Franz, Toni Wolff was certainly Jung’s long-term collaborator and closest companion. During his challenging descent into the unconscious in the years after his separation from Freud, she was undoubtedly the most important person at Jung’s side. It was Toni Wolff with whom he could share those fantasies which are now published in The Red Book and in The Black Books. It was indeed a very lonely time for Jung, and thus I dare to say that her support was essential for his surviving the darkness of those years.

In his Introduction to Toni Wolff’s Studies in Jungian Psychology, published only years after Toni’s death, Jung dedicated the honorable recognition to her, which is quoted here only partially:

“In writing this introduction 1 am discharging a debt of thanks: [Toni Wolff,] the author of the essays printed in this volume was my friend and collaborator for more than forty years, until her untimely death in 1953, at the age of sixty-five. She took an active part in all phases of the development of analytical psychology, and to her we owe the expression ‘complex psychology’ as a designation for this field of research. Her collaboration was not confined to working out practical methods of analysis and to the task of theoretical formulation, both of which have found visible expression in the published material. She also helped me to carry out, over a period of forty years, a "silent experiment" in group psychology, an experiment which constitutes the life of the Psychological Club in Zurich.

This small group of thirty to seventy members was founded in 1916, and it owes its existence to the realization that analytical treatment (including the "psychoanalytic" method) is a

dialectical process between two individuals, and therefore gives results which are necessarily one-sided from the collective and social point of view…

Thanks to her high natural intelligence and quite exceptional psychological insight, the author was one of the first to recognize the extraordinary importance of this psychotherapeutic problem, and devoted herself to it with particular zeal. For many years she was president of the Club and so had a unique opportunity to collect observations on group psychology… 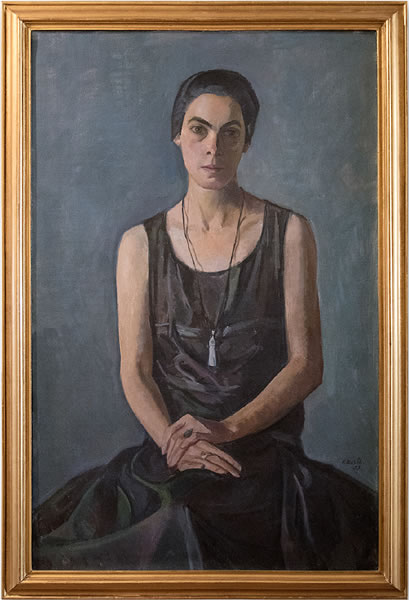